Beauties & The Bautista Wrestle with Desire 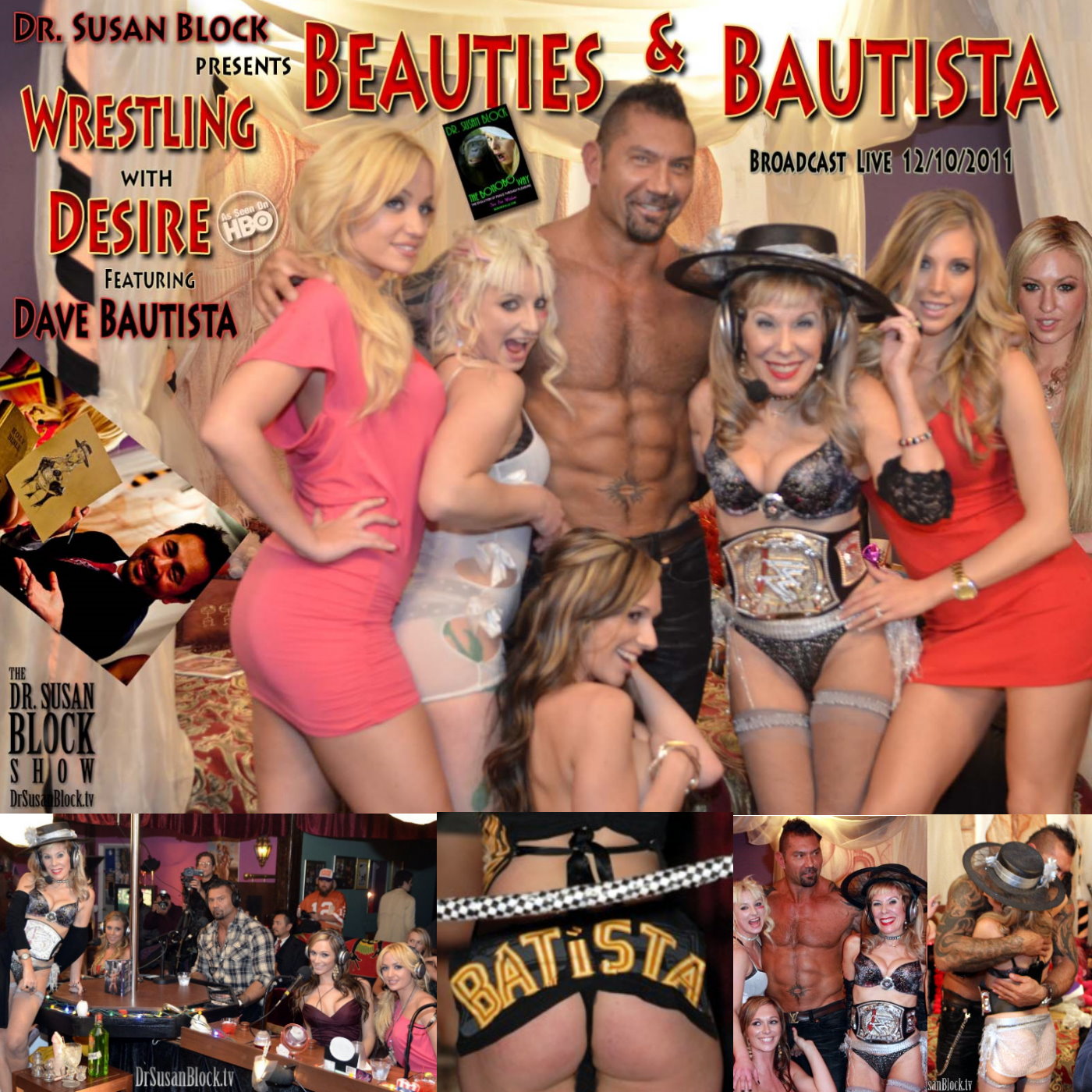 It’s a tag team smack-down in the Womb Room with the amazing Dave Bautista, aka “The Animal,” aka “The Beast,” in one corner, and a Bevy of Beauties in another. Dr. Suzy is referee in this erotically epic contest of libido-wrestling, muscle-flexing, stripping, pole-dancing, BJ tournaments, orgasm races and a wild, face-to-crotch, upside-down, WWE maneuver known as the Batista Bomb. Though Bautista keeps his pants on (but not his shirt!), we “unleash the Beast”… in a Bonobo Way. Broadcast live 12/10/2011 on DrSuzy.Tv, Dave was just shifting from “Batista” (his WWE Champ name) to Bautista (his real name), promoting his acting role in The Man with the Iron Fists, a stepping stone toward playing the iconic Drax in Guardians of the Galaxy. A real-life Angel (Angela Sommers) puts The Animal to the test, plus Destiny Dixon, Samantha Saint, Victoria White and Daisy Delight all put up a good fight for Bautista’s beleaguered libido—and put on a spectacular show—but does it work or does the Champ stays true to his GF? Watch and find out! Also includes Anthony Winn, co-creator of Stripperella with the late great Stan Lee, creating new art (of Dr. Suzy!), and the Speakeasy rocks out into a wild after-party of sex, fun and wrestling with naked angels… because aren’t wrestlers and porn stars—the beauties and the beasts—among the greatest real-life comic book characters we know?