ART of the TEESE @DrSuzy with Dita Von Teese on DrSuzy.Tv 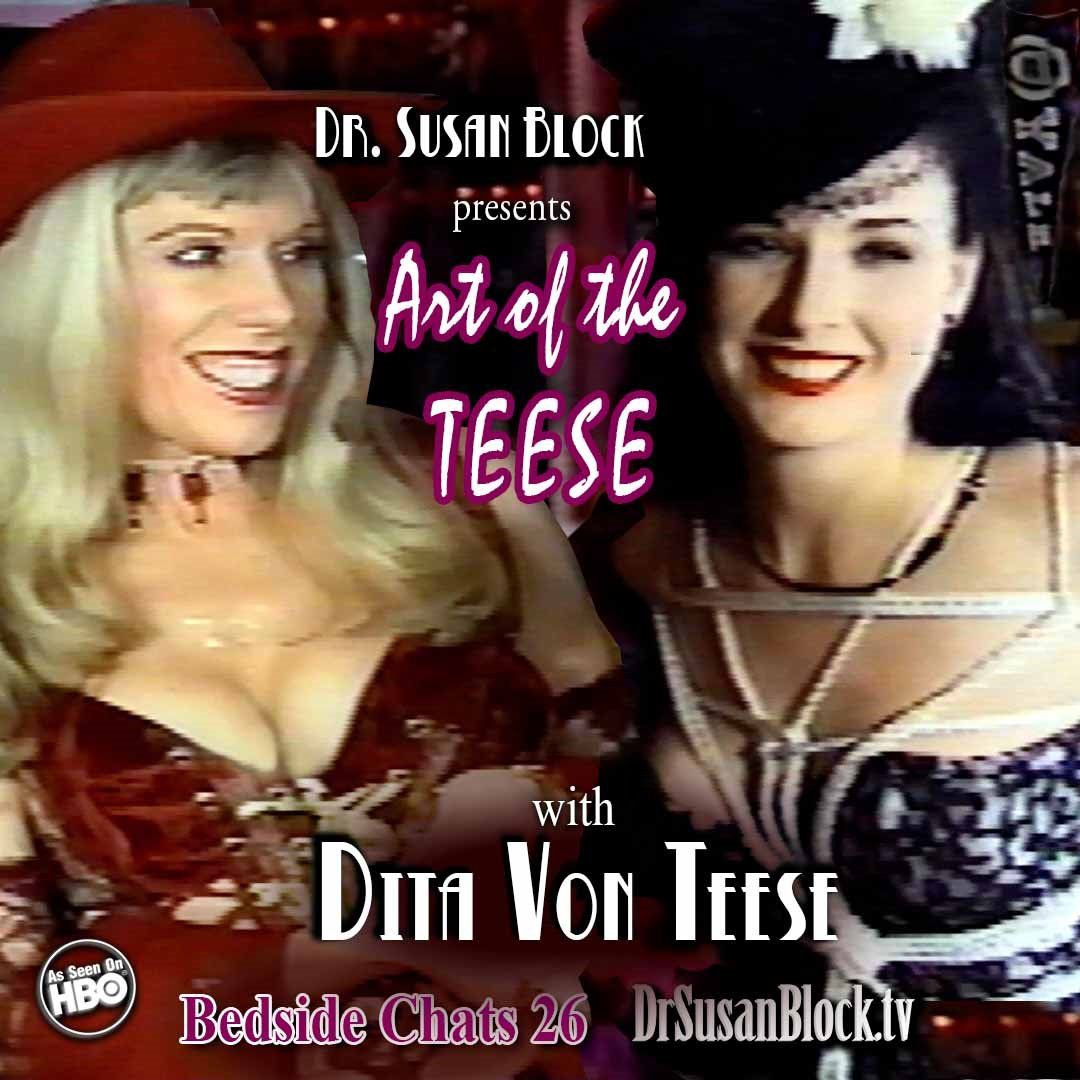 “Art of the Teese” aired live on The Dr. Susan Block Show three years before there was a Youtube! Circa December 1, 2001—as American forces invaded Afghanistan—we preferred to “Make Kink, Not War” and penetrate the beautiful mind of one of the greatest kink models ever: the fabulous Dita Von Teese. Due to unforeseen circumstances, after the live broadcast, this remarkable interview was never posted… until now!

On the cusp of kinky superstardom crossed with mainstream celebrity when she joined me in my broadcast bed, Dita Von Teese was a fetish model, burlesque princess and budding lingerie mogul just starting to design what would grow into her multi-million dollar #DitaVonTeese brand—and all while dating controversial rock superstar Marilyn Manson.

Now, Marilyn Manson is much more controversial, accused of terrible crimes by his ex-fiancé Evan Rachel Wood and others (not Dita), which he denies and for which he has sued his accusers. Both Manson’s fans and foes may find something of interest in this in-depth interview.

This was Dita’s second appearance on DrSuzy . Tv; her first (with Mistress Antoinette) was on my 1996 interview with the one and only Bettie Page. Dita takes it to the next level in “Art of the Teese,” not only speaking freely, thoughtfully and yes, teasingly, about her life, loves and art; she also lets us tie her up… while we continue our interview (though we can’t show you that part on Youtube)! Promoting the old Pink Bubble Bath Film Festival (where she was the host and I was a judge), Dita shares the kinky pleasures of vintage stockings, corsets, striptease, ballet, bondage, bisexuality, catfighting, spanking, red lipstick (a Manson fetish) and the torrid tale of her first climax. She also helps me handle callers into bondage and Dirt Devil self-love and flogs a couple of lucky audience members. Plus, she shares some very intimate details of her relationship with Manson—from first kiss to groupie games to court cases.

Need to talk PRIVATELY about something you can’t talk about anywhere else? Call the Therapists Without Borders of the Dr. Susan Block Institute anytime: 213.291.9497.