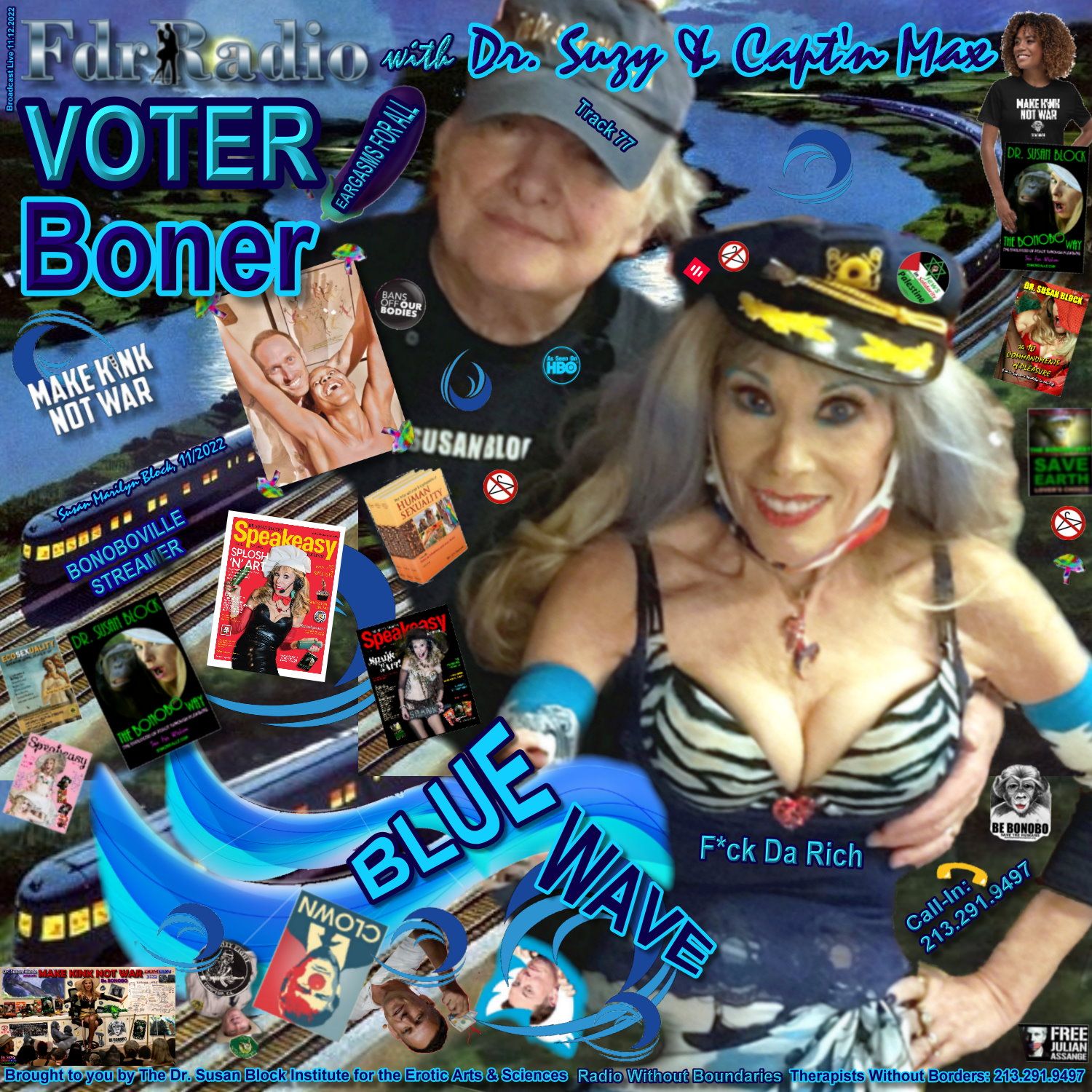 We’re popping our political corks on the Love Train as the 2022 midterm tallies flow in, our election erections wet with waves of blue, love, laughter, liquor, socialist hope, sexual fantasies and erotic compassion for our so-called “enemies.” Yes indeed, we’ve got Voter Boners! Being a She/Her, I have a Voter Ladyboner (a Lady Voter-Boner?). As a sexologist, I’m mindful of the twisted effects of humiliation—even in metaphor—but I must say, the MAGAts got cuckolded—and not in the fun, consensual way. So we celebrate the Dems winning the Senate (yes, they’re also corrupted by pro-war corporate oligarch donors, but the fascist thugs of Coup Anon are worse), Trumpty Dumpty falls off his wall (again), Gangster Sheriff Villaneuva loses his badge & much more (though watch out for billionaire Elona Musky’s buddy Peter Thiel’s megalomaniacal “investments” in politics). Joining our Blue Wave Block Party with a splash is “Most Bonobo Couple,” DaLove & Belive, naked and singing, plus a vivacious Russian/Ukrainian model named Julia—her traumatic tales reminding me of one thing none of the candidates much discussed: the War in Ukraine! Speaking of war, NOW is the time to make peace; it’s The Bonobo Way. Make Kink Not War! We also talk with Chase, a self-described “Christian” calling in from the bloodred swamps of Mississippi, who voted straight scarlet and goes to Church… but still wants to party with us. Well, wouldn’t you?

Need to talk PRIVATELY? Experience #PhoneSexTherapy. Call the Therapists Without Borders of the #DrSusanBlock Institute
anytime: 213.291.9497. We’re Here for YOU.