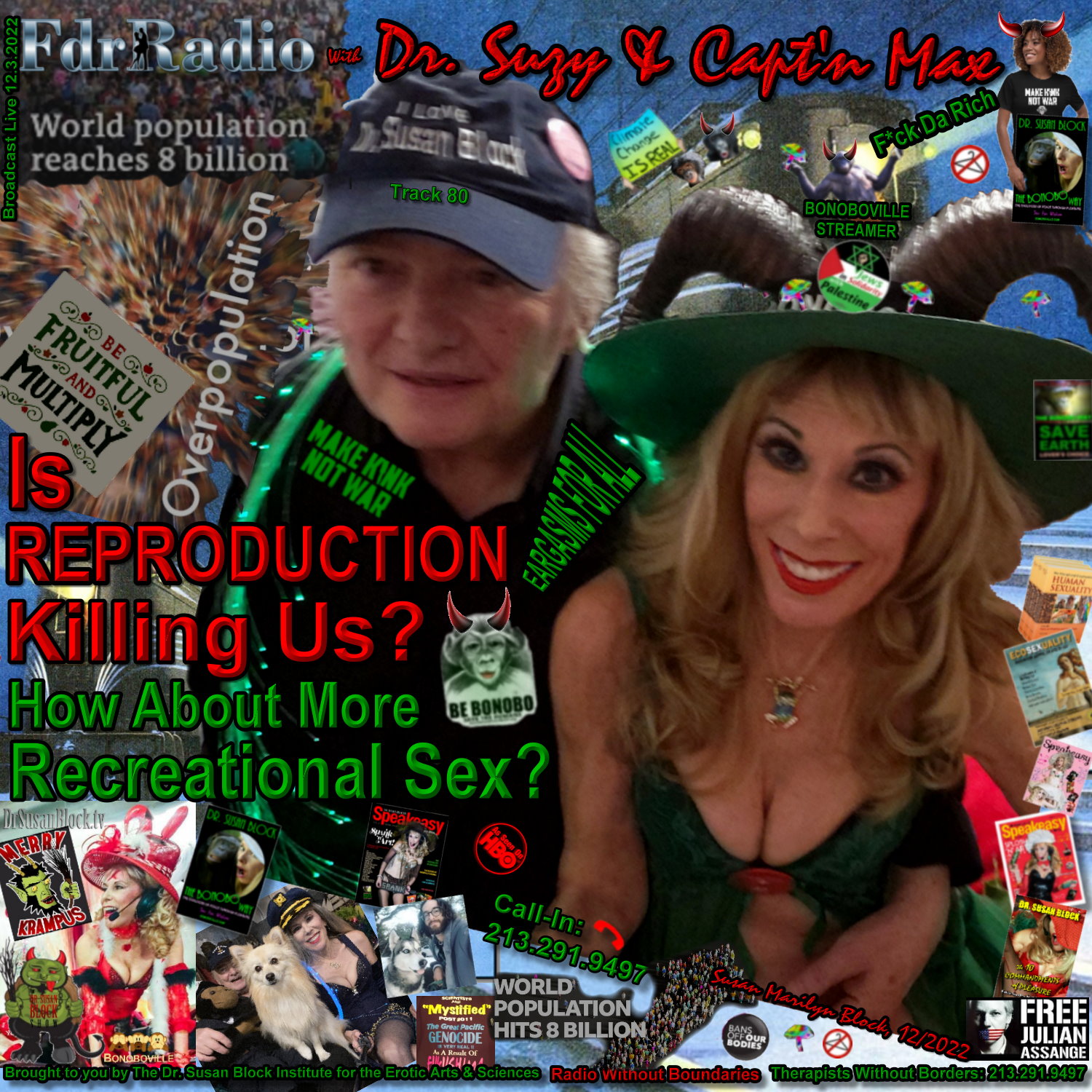 Most major religions preach “Be fruitful and multiply” (Genesis 1:28). But what if human reproductive sex is destroying life on Earth? Are recent political and religious campaigns to exalt and increase human reproduction through procreation pressures & forced breeding—even as human population rises, along with intensifying climate catastrophes—racist, misogynist, selfish, greedy, diabolical or just plain dumb?

Overpopulation is real. When Capt’n Max was born 11/8/1943, the world human population was 1.5 billion. Exactly 70 years later, the population clock struck 8 billion. Unfortunately, the Earth is still the same size! Of course, the Rightwing has its own way of reducing population: sell everybody guns, make a profit, & let ‘em shoot each other. The Left’s way is more humane—at least rhetorically—but no fun. My way is #TheBonoboWay of peace through pleasure, ecosexual sustainability & fun, as we explore on this show…

We also take a couple calls, from 1) “Obsolete” currently residing in his mom’s basement, but not an incel; he’s been a “volcel” (voluntary celibate)… until now! & 2) Brady, rejecting the violent ways of his military family, says he now “loves” the Bonobo Way & his “new favorite show,” FDR… “it’s cool as hell!”

We also address Elon Musk turning Twitter Rightwing, Hunter Biden’s Laptop Let-Down, Oy Ye-in-a-Hood & Neo-Nazi-to-the-Stars Nick Fuentes praising Hitler like Jesus, & continuing to complain about “the Jews,” leaving us to parse: who are “the Jews” & what can the rest of humanity blame us for? Not that I take that blame, but I do take the opportunity to say: Free Palestine! And Free Assange! This week, a bunch of media said what we’ve said for 10 years: Imprison the war criminals, not the journalists who tell the truth about war. Make KiNK Not War, you war porn lovers! Beware the Trumpus & a very Merry Kinky Krampus to all!