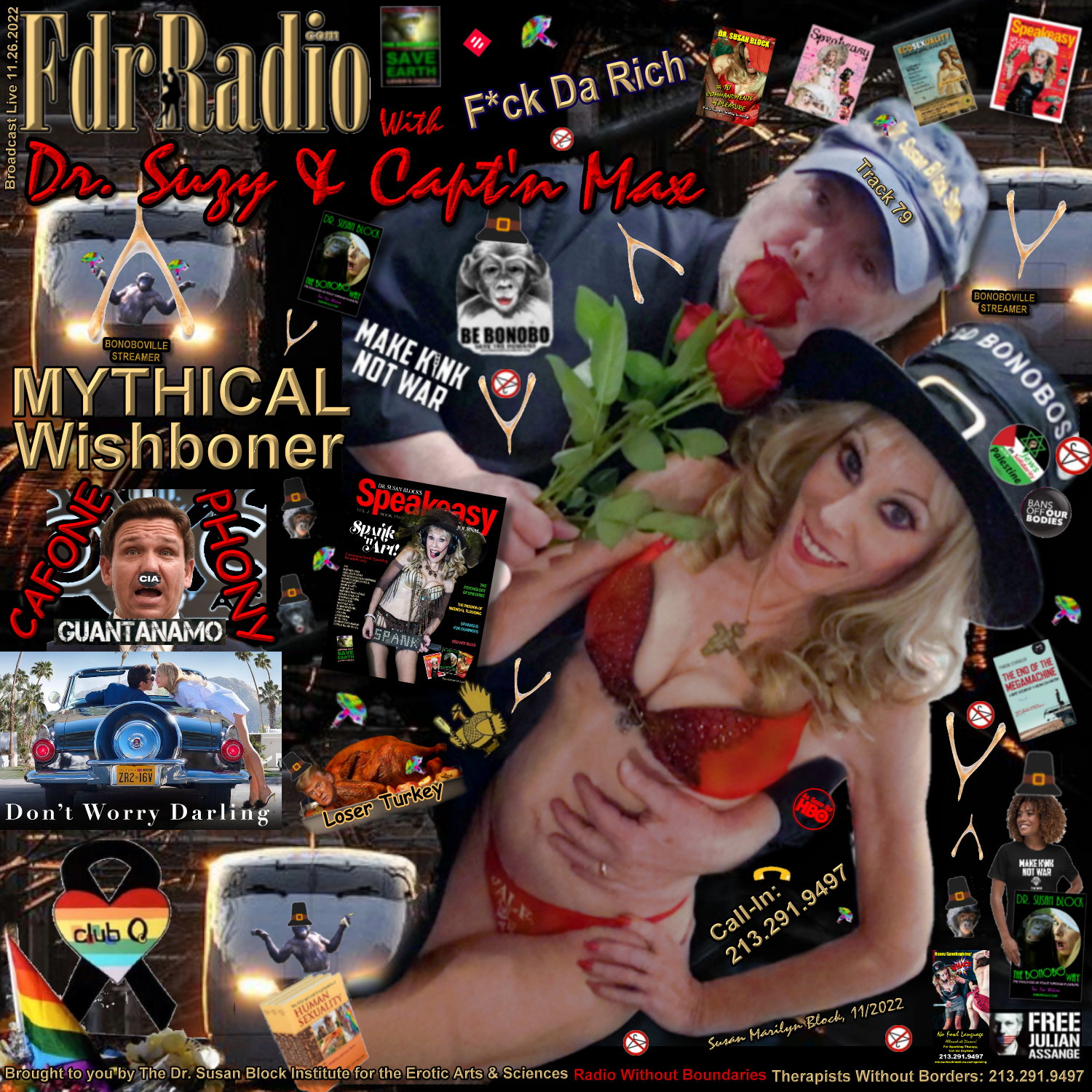 Taking the scenic route—from the mythical village of Bonoboville to the dairy farms of upstate New York by way of Atlantis, from the terrible tragedy of Colorado’s Club Q to the incel dream of Don’t Worry Darling (a great Date Night movie!) to the mountains of central Italy, birthplace of the great grandparents of Florida Governor Ron DeSantis, the phony “cafone” of fascism—our Love Train travels through time… Last week’s FDR was a VOTER Boner, but now Herschel Walker’s saying, “this erection is about the people.” Meanwhile I win our Spanksgiving wishbone-snap… does that make me a Wishboner?

On a serious, tragic note, we mourn the victims of the Club Q massacre the heroes who stopped the killer, especially the trans woman who put her high heel to valiant use. No praise for the #ClubQ killer’s Dad, Aaron Brink, an adult performer who’s more worried about his son being gay than a mass murderer.

We also take Callin calls from Lance in upstate New York who’s obsessed with Atlanteans as aliens and wants to start a workers coop for ex-prisoners, and with Schnarf in the Bronx by way of Puerto Rico who has a bunch of questions about masturbation, penis size, exhibitionism and insecurity. We go into overtime trying to reassure Schnarf that his equipment is big “enough,” and hopefully he sees the light… Thanks to the evil machinations of the Megamachine of capitalism, conquest and competition, nothing is ever “enough.” It’s pretty powerful, but it can still be defeated, or at least avoided, at least in small mythical villages, by the power of sharing pleasure, the Bonobo Way.

Peace on Earth. Pleasure for All. Step away from the #MegaMachine. That’s my Mythical Wishboner-winning wish for the Holidaze!