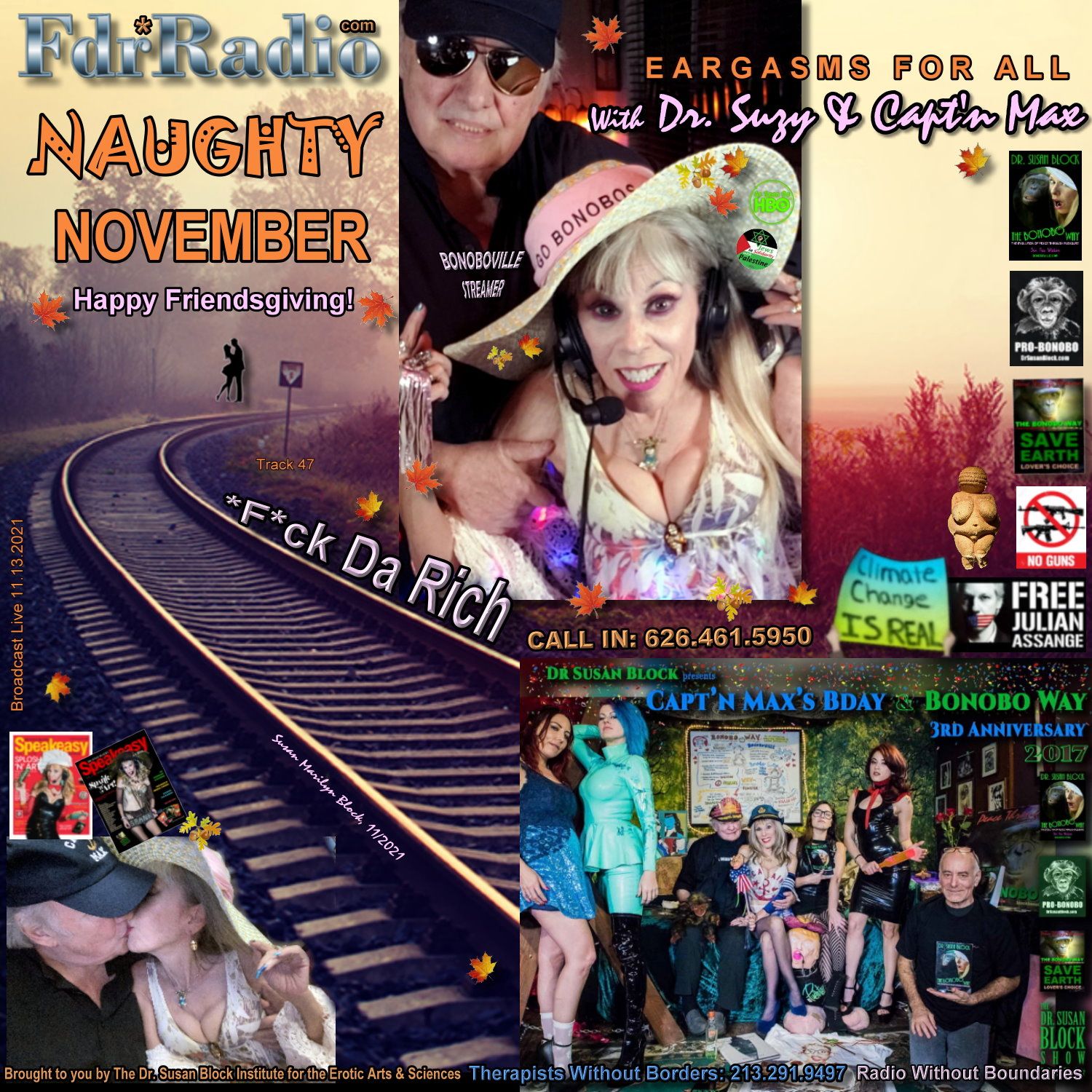 Navigating between the nice and nasty parts of Naughty November in the wild worlds of sex, politics and bonobos, F.D.R. rolls merrily down the tracks, through the Tunnel of Love and into the Great and Quivering Unknown… High (and low) points include:

–Britney is FREE—yay! Finally, she can get married and do what the f*ck she wants. Now FREE ASSANGE! At least Belmarsh prison gave him permission to marry his partner Stella Moris, the mother of his two sons, at the prison. Yay! We may be Bizarro, but we love marriage… for people who want to get married.

–The new Dune remake is a beautiful bore (I wanted more worms!), but it’s nice to know that we are all welcome to have public sex in the Spanish Canary Island dunes. Just please don’t leave your used condoms in the sand. Speaking of sand, we are sinking into Capitalogenic quicksand, going down deeper and faster every day, mentally (peeps be going nuts), physically (the nuts be killing the rest of us) and in terms of climate change. The sands of time are pouring in on us, but we’re too busy staring worshipfully at celebrities like Kylie to hear truthtellers like Greta. Of course, that’s the way the billionaires like us to be.
–Some commenters express support for our struggle with the City of Arcadia inspector and disdain for their continuing harassment of Bonoboville. What a travesty of zoning justice! What Mattress Madness! More developments developing soon…

Happy Friendsgiving and have a nice (not too nasty) Naughty November. Read more prose and watch the shows (that are too kinky for Youtube): https://drsusanblock .com/fdr-naughty-november