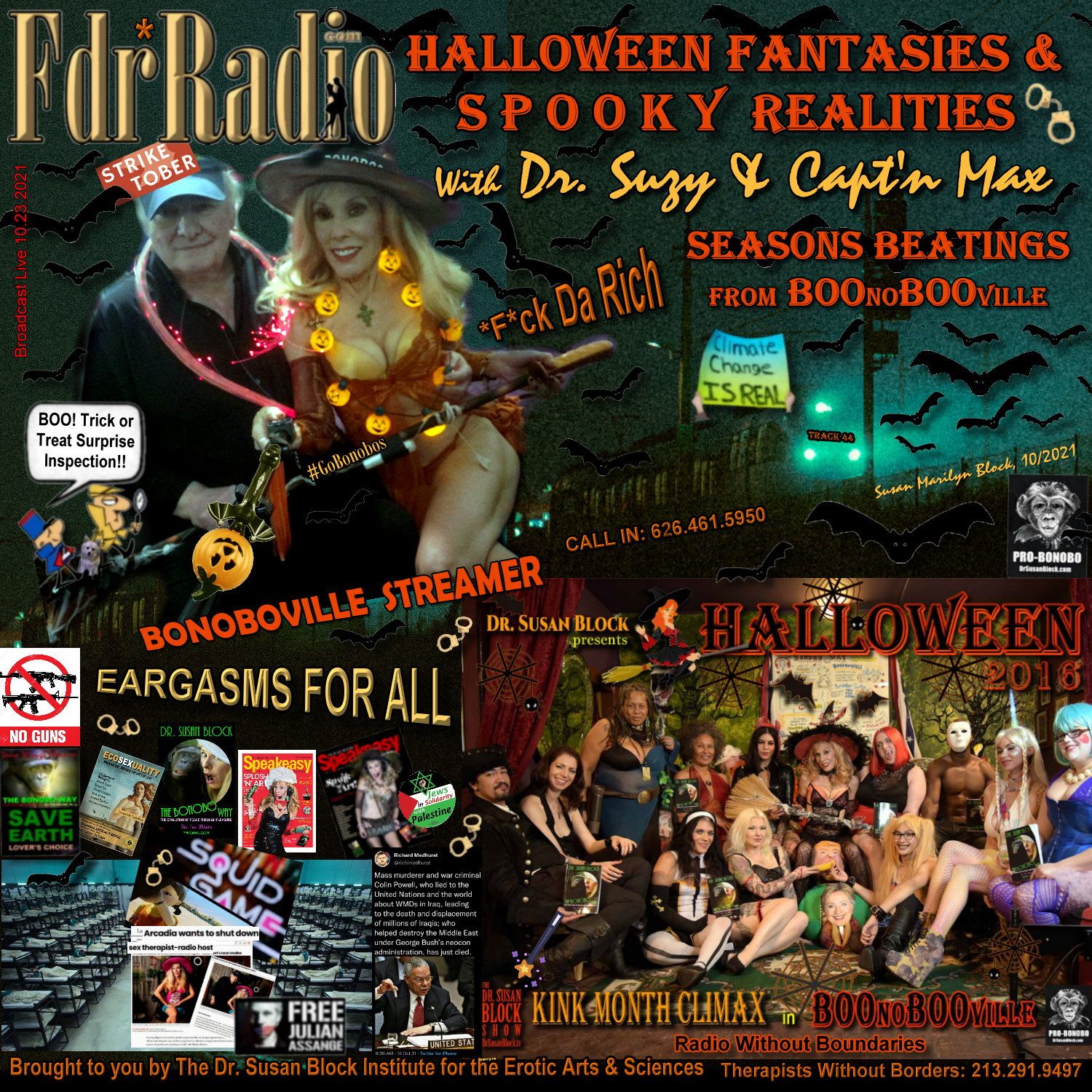 Season’s Beatings! We’re creeping up on a haunted, hot Halloween climax to Kink Month 2021 with a big “boo” from BOOnoBOOville on the Love Train, sharing “Halloween Fantasies vs. Spooky Realities.”

What about spooky realities? Like being killed by your boyfriend (RIP Gabby Petito), or a Hollywood film star (RIP Halyna Hutchins), or a charming war criminal (RIP to victims of Colin Powell’s charming lies), an officious inspector (Good Morning Arcadia!), a scared cop (way too many to name), a dumb drone (lookout!)… Aaaaaggggghhhh! Fantasy is safer… yet fantasy feeds reality, like scary entertainment inspires future killers.

They say “sex sells,” but in our ammosexual culture, gore sells more.
Squid Game is pretty gory, but we appreciate the dystopian theme and surreal sets, especially the one with 500 beds. Apparently, the Arcadia Zoning Politburo inspectors are not the only ones afflicted with Mattress Madness. Meanwhile, here in BOOnoBOOville, we’re just trying to survive the collapse of capitalism, as well as steer humanity’s future closer to The Bonobo Way than a Squid Game.

Read more prose and watch the shows (that are too kinky for Youtube): https://drsusanblock.com/fdr-halloween-fantasies-spooky-realities