FDR: ”Vergin’ on Callin” with @DrSuzy and Capt’n Max 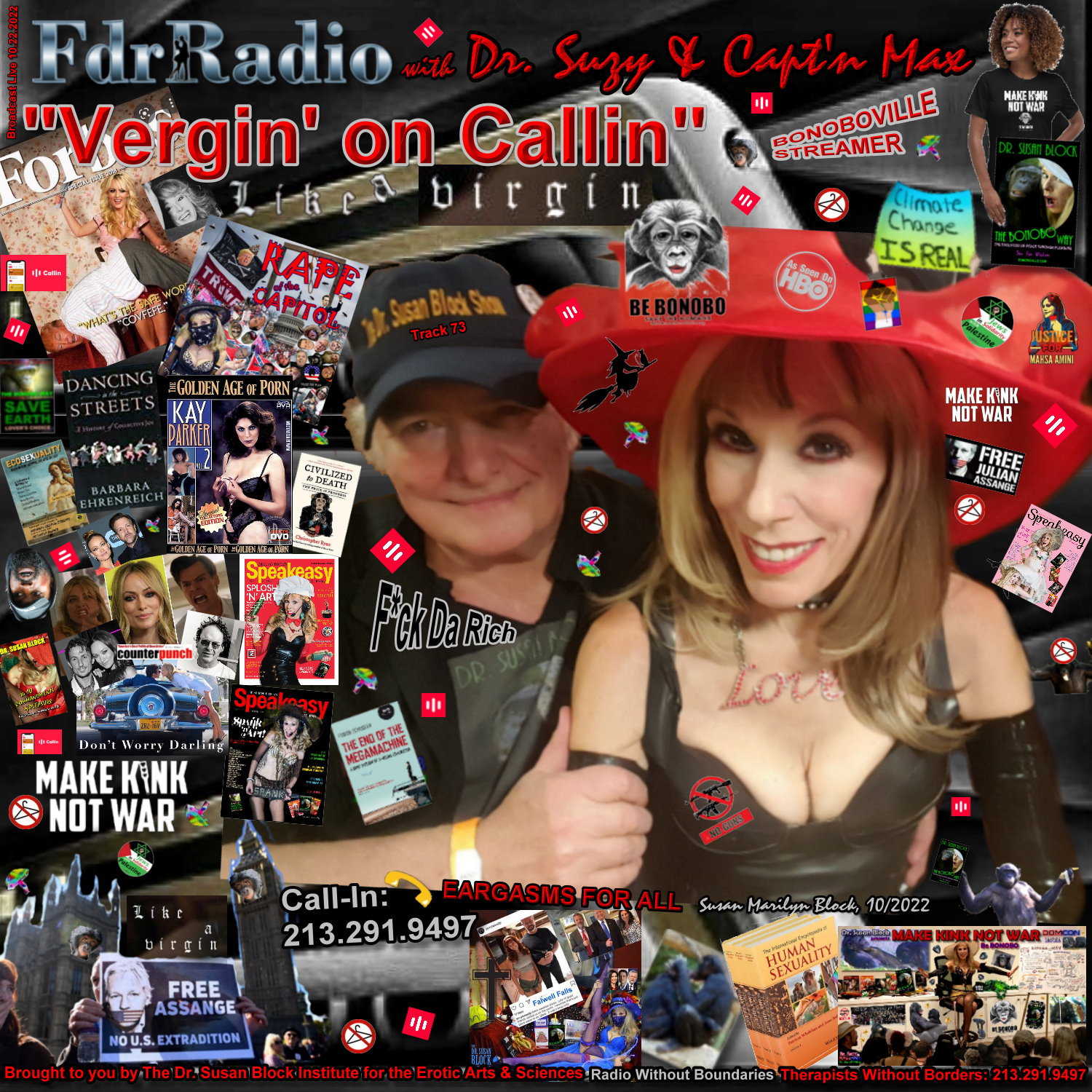 It’s our FIRST #Callin show, but when I spell out v-i- r-g- i-n, I get censored by the Megamachine. So, I’m “Vergin’ on Callin,” meaning it’s Capt’n Max‘s & my FIRST TIME on a brand spanking new platform (for us): Callin! There’s a first time for everything, but there’s only one first time for anything (you never get to have a second first time), so we make it special… with spooky mid-Kinktober tricks, treats & Season’s Beatings!

Spooky can be kooky, but Halloween is the eve of the Day of the Dead (Día de los Muertos), so we say RIP to KAY PARKER, my beloved friend & the ultimate MILF/Mom Fantasy as Barbara Scott in #Taboo + BARBARA EHRENREICH, great bonoboësque author of “Dancing in the Streets: A History of Collective Joy” which inspired my notion of “communal ecstasy.”

We also send bonobo sisterly support to my late great Counterpunch publisher Alexander Cockburn’s niece, OLIVIA WILDE, “Don’t Worry Darling” director & ex to Tao Ruspoli & Jason Sudeikis, now with Harry Styles – to namedrop a few – & being unfairly targeted by neo-Puritanical media misogynists. We all know the MSM loves to serve up sex with a side dish of shame, but it hurts all the same…

And we take calls from Callin’ers who don’t even “call,” but just press a little icon to talk. First, Shardoll on corporal punishment in schools (always wrong) vs spanking consenting adults (can be great!) + porn star Stormy Daniels’ way to discipline Trump Baby – spank him with his Forbes Cover! We also talk with Jeff who loves Chris Ryan, Sex at Dawn & Civilized to Death almost as much as we do, & sounds like he could be Vergin’ on The Bonobo Way. Though he’s listened to several other shows on Callin, FDR is the FIRST where he actually “called in,” so he’s a Vergin’ too… & CallIn is lookin’ promisin’ for FDR!